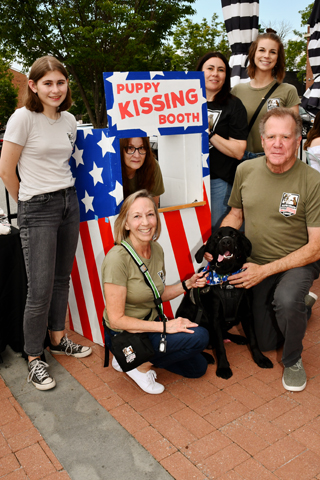 1. The Fifth Annual Dining Out for the Dogs took place at White Dog Cafe locations on Monday, August 22, 2022. Proceeds benefit Alpha Bravo Canine, a local organization that provides service dogs to the former military with PTSD, free of charge. Each August the White Dog Cafe locations host Dining Out for the Dogs along with WMMR’s Preston & Steve and on-air personalities. They join diners for a meet, greet and eat to raise money for Alpha Bravo Canine. Alpha Bravo Canine,(tm) is Philadelphia’s first and only 501(c)3 organization that donates service dogs to US veterans suffering from debilitating medical and psychological problems as a result of their active combat duty. The average cost for a puppy to train is $30,000- $50,000 depending on the disability. Alpha Bravo Canine does not charge veterans for the training or the dog. Alpha Bravo Canine team members Tracy and Nicole Ruepp, Betty Cox, and Emily Janda-Schulz were pictured on Wayne White Dog terrace with Service Dog in Training “Sibley” and puppy raisers Doreen and Charlie Stern during the event 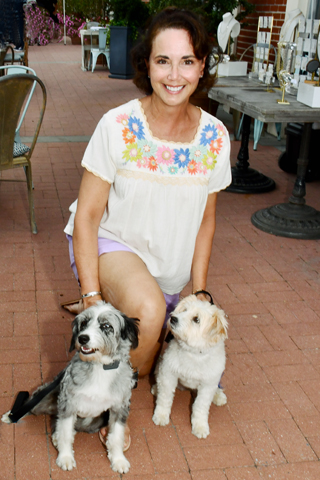 2. Marsha Uchimopo brought “Lily” and “Enzo” to the event 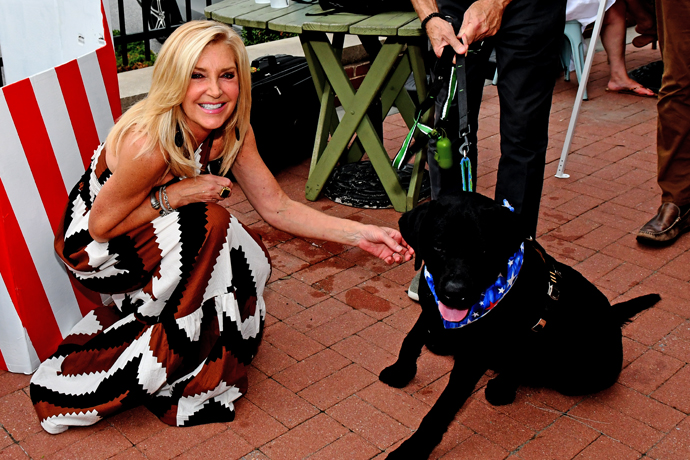 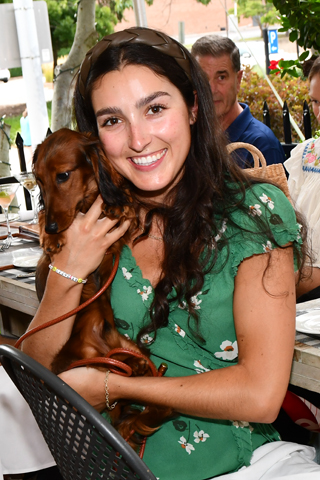 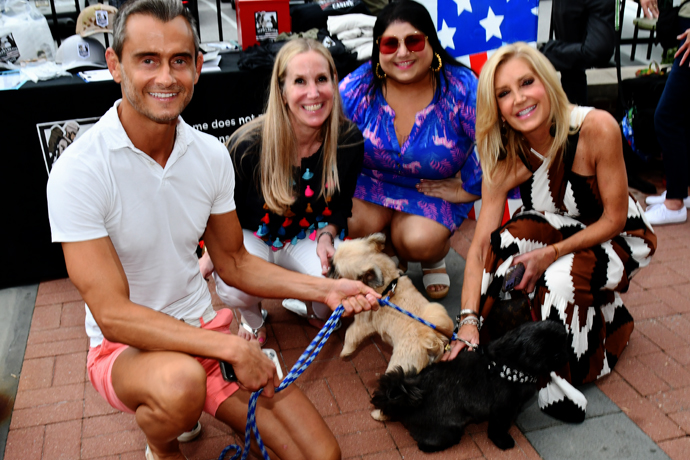 5. Mark Beekman pictured with Jaimi Blackburn, Jennifer Lynn Robinson and Dawn Timmeney, brought “Boo-boo” and “Scotty”” to the Fifth Annual Dining Out for the Dogs at White Dog Wayne 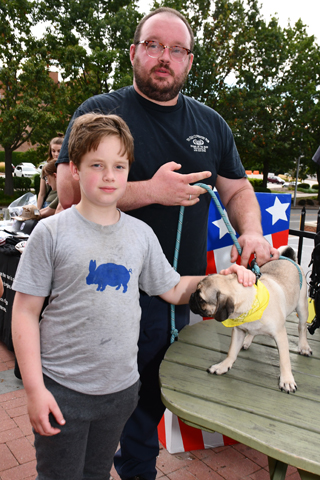 4. Henry and Josh White paused for a photo with their “pug” Mochi