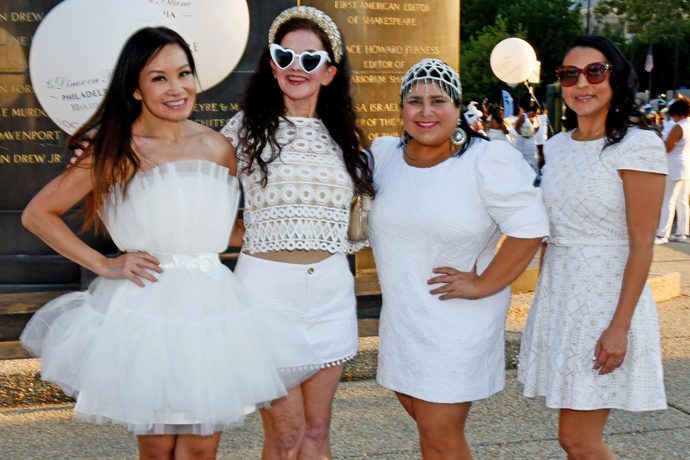 PHILADELPHIA, PA (August 18, 2022) — On a beautiful summer evening over 5,000 elegantly dressed visitors descended upon Logan Square for the 10th annual celebration of Le Dîner en Blanc Philadelphia. Guests had the opportunity to dine at the square, while enjoying spectacular entertainment and indulging in the rich history of Le Dîner en Blanc. Le Dîner en Blanc Philadelphia was thrilled to ring in an incredible evening and celebrate its tenth anniversary. This year, beloved traditions were kept alive as guests signaled the commencement of the event with a coordinated napkin wave and soon after lit up the square with a sea of sparklers.

In 2012, Le Dîner en Blanc Philadelphia organizers Natanya DiBona and Kayli Moran chose Logan Square as their first ever location for the Parisian pop up. Logan Square provides a rich history, culture, and a spectacular backdrop for the event. That’s why 10 years later, the organizers felt it was only right to celebrate in the location that started it all, this time taking over a much larger footprint.

The square is characterized by Swann Fountain, represented by its bronze sculptures completed by Alexander Stirling Calder. The three sculptures, also known as “The Fountain of Three Rivers”, represents Philadelphia’s major waterways: the Delaware River, the Schuylkill River, and Wissahickon Creek. With a rich history
influenced by Parisian culture, Logan Square was the perfect scene for Le Dîner en Blanc Philadelphia’s 10th Anniversary. 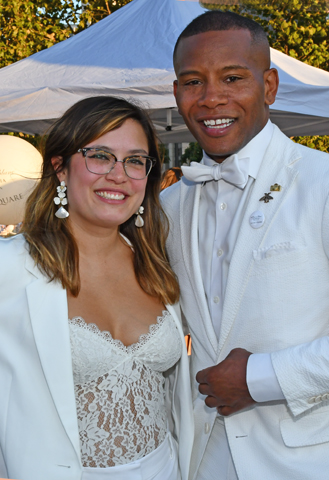 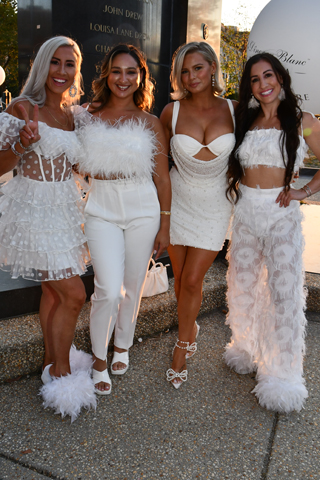 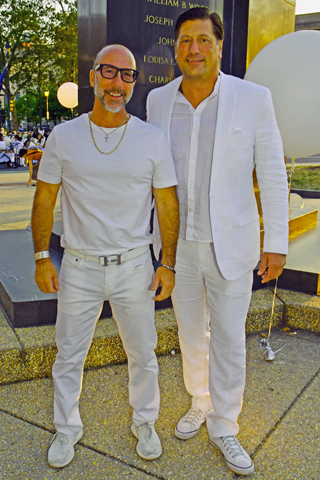 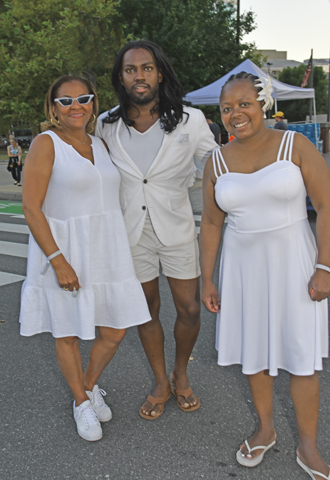 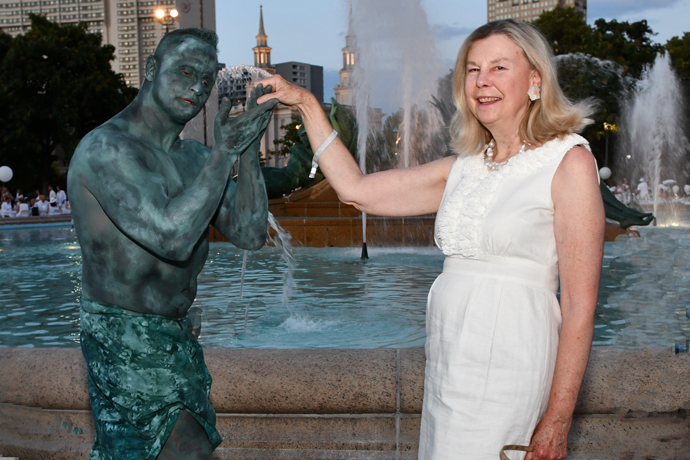 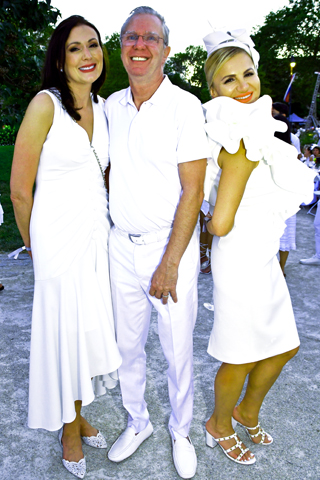 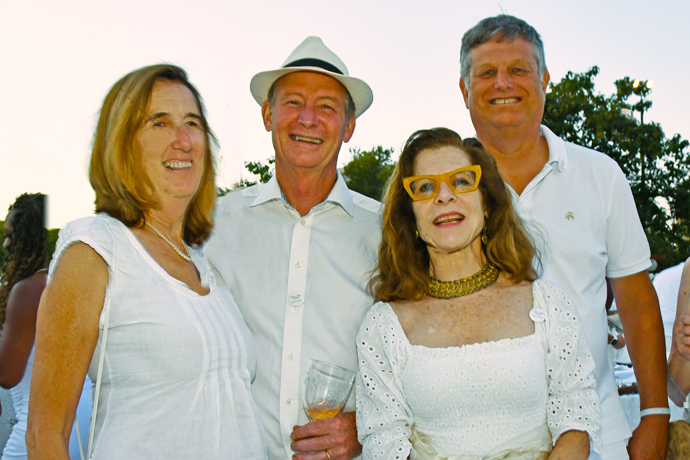 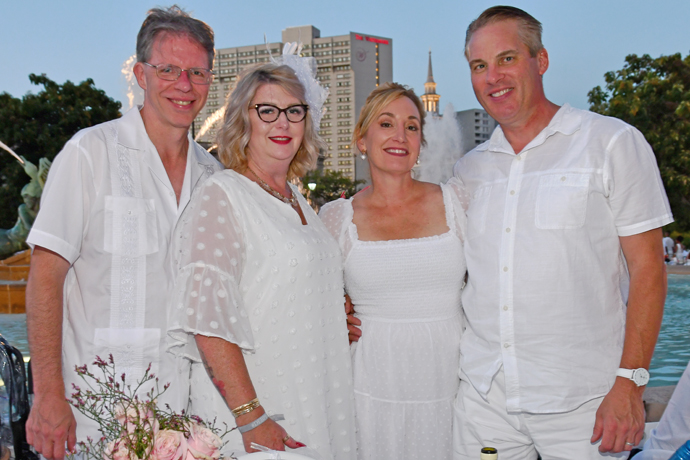 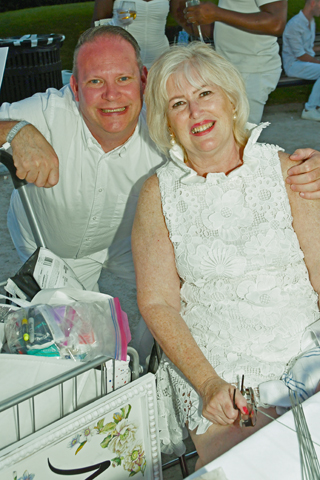 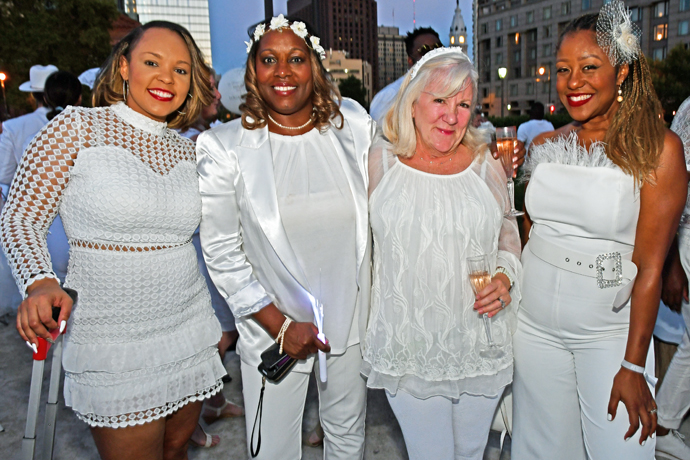 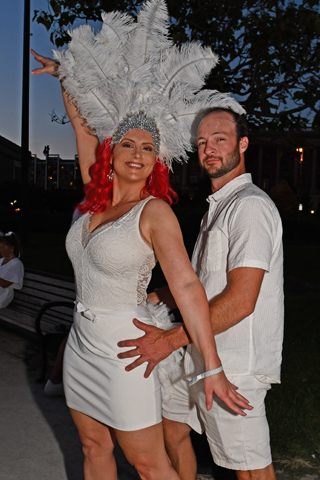 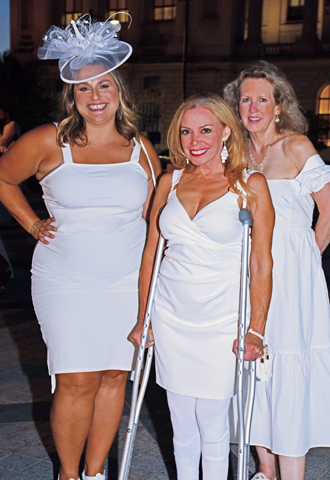 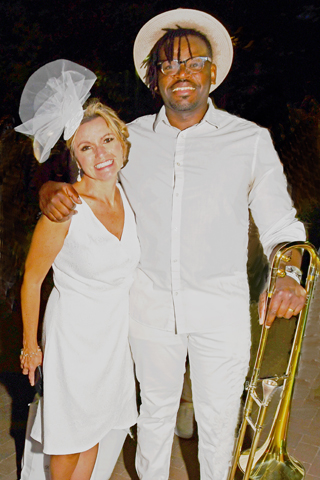 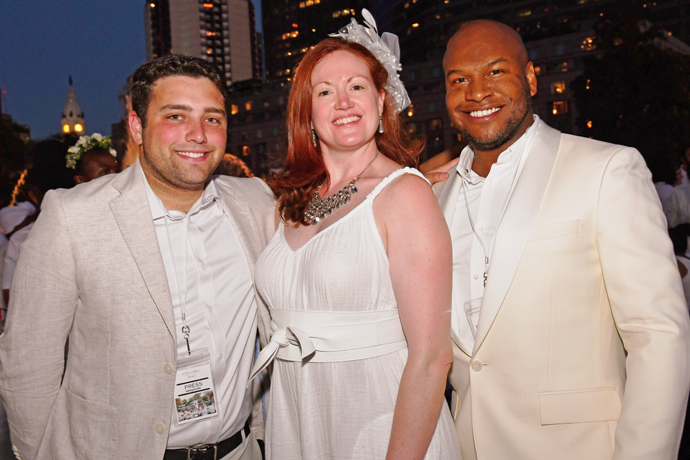 15. Visit Phiadelphia Chief of Staff Michael Newmuis (right) and friends paused for a photo during the fabulous 10th anniversary event