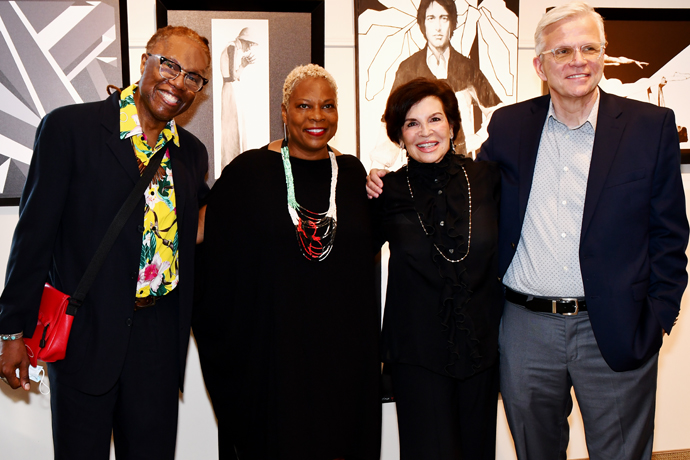 An art show at Beaumont at Bryn Mawr was held on June 26,2002 by three artists: Sandra Blumberg Beatty, George Beatty and Mikel Elam. The artists have collaborated to create a new and exciting abstract art. The images for the art were obtained from early book dust-jackets, Yoga Goddess statues and original oil paintings by Sandra and Mikel. The process of developing the art work required digitally scanning the original material and enhancing it. The pallet of colors are then matched to the selected abstract backgrounds to provide creative images. Sandra was a former painter who was recognized for her portraits of celebrities early in her career. Sandra was honored with a one-woman show of portraits at the celebrated Kenmore Gallery in Philadelphia in the 1970’s. Some
of the celebrities were Halston, Liza Minnelli, models Pat Cleveland and Tony Spinelli, Berry Berenson, Andy Warhol’s muse Pat Ast, Diane Von Furstenberg, James Taylor and others. Sandra is currently the Chief Executive Officer of Culpepper LLC Art Advisors and Culpepper, Inc. The art show at Beaumont continues
by appointment through August 2, 2022 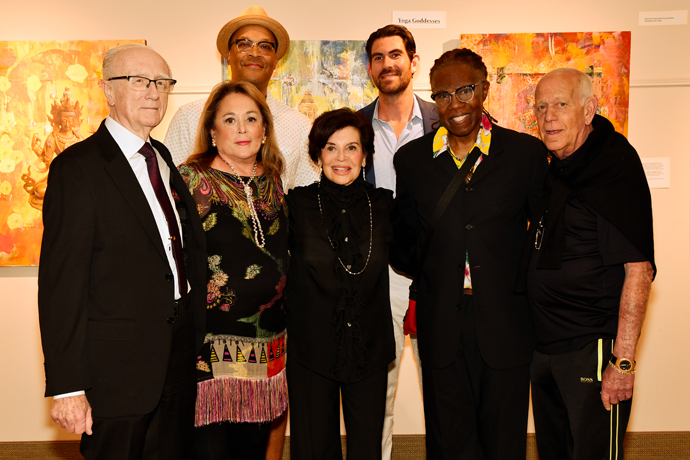 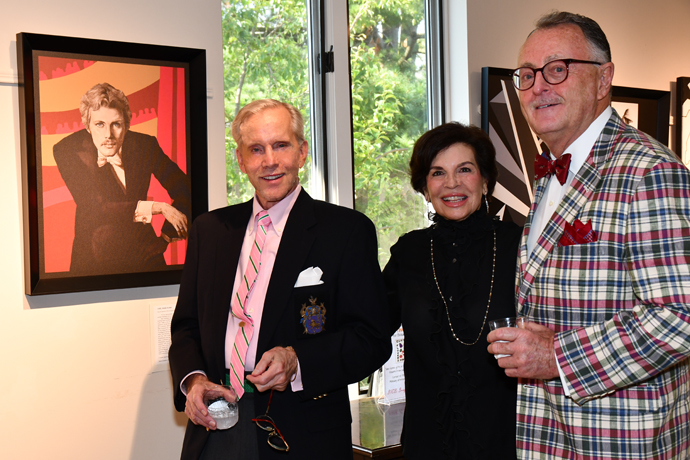 3. Ron Dubree, Sandra Blumberg Beatty and Patrick Reading were pictured with Ron’s portrait from the 1970s 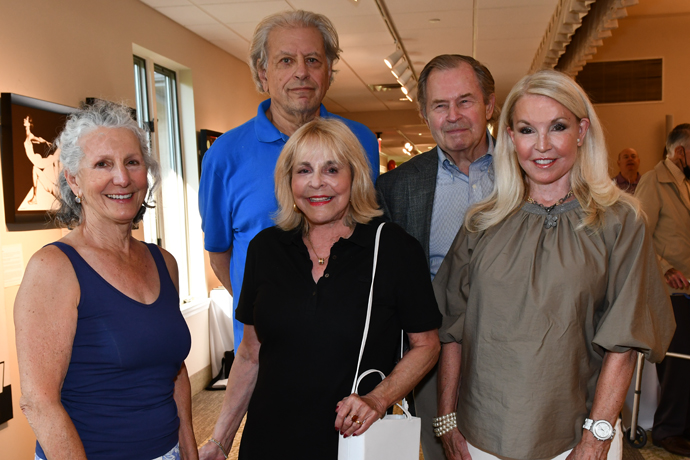 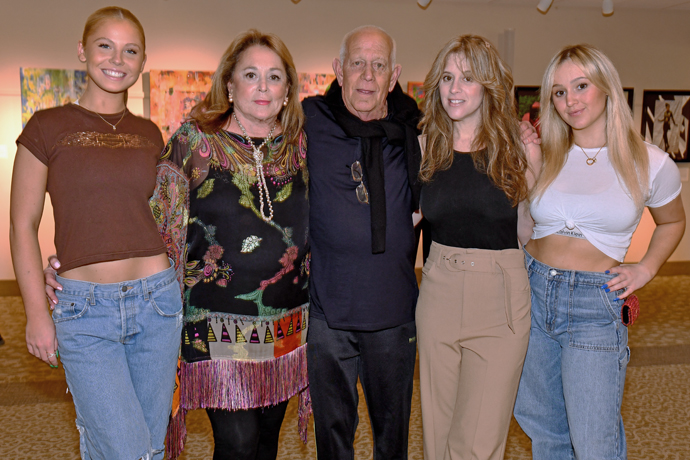 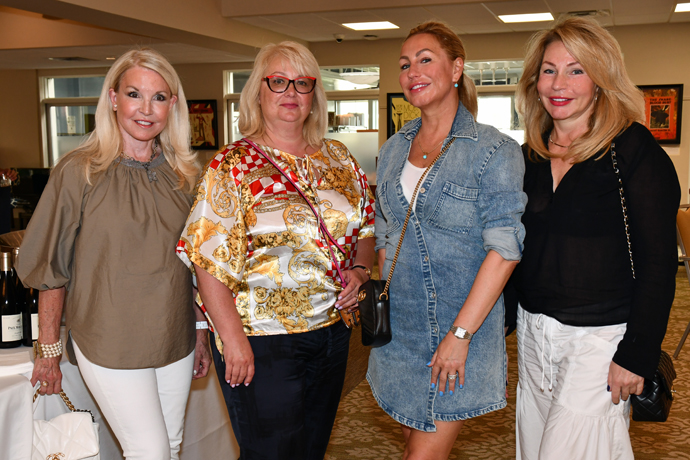 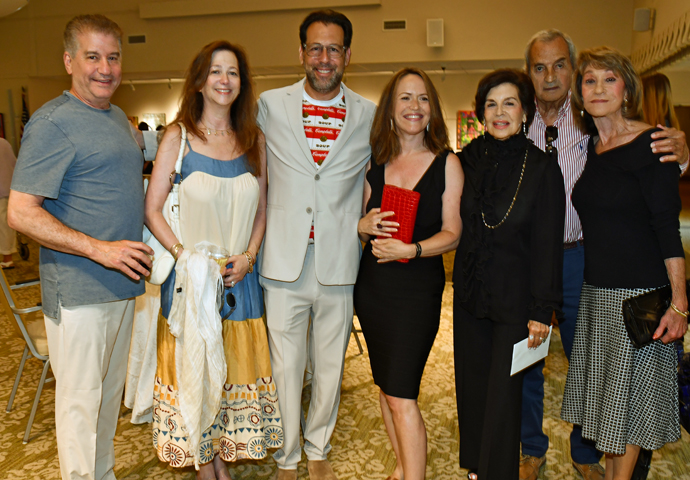 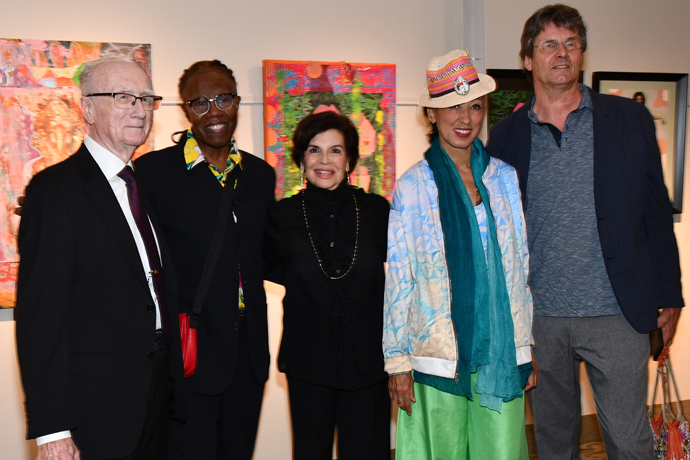 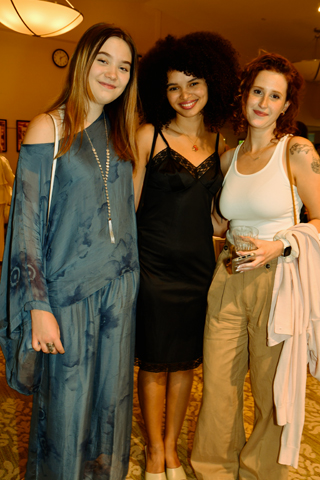 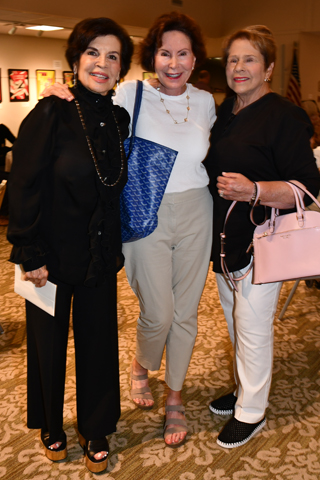 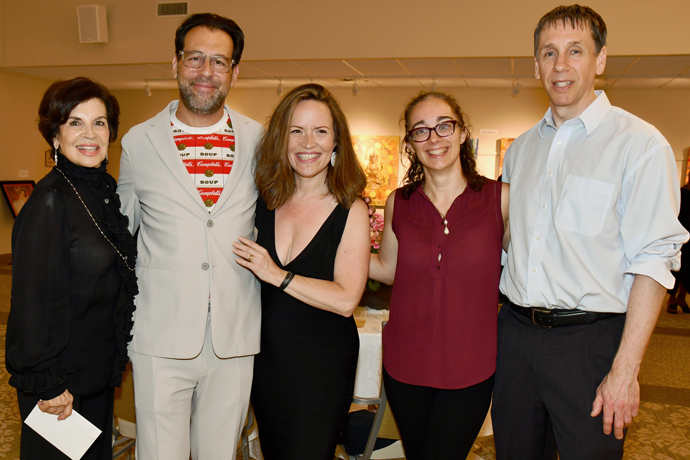 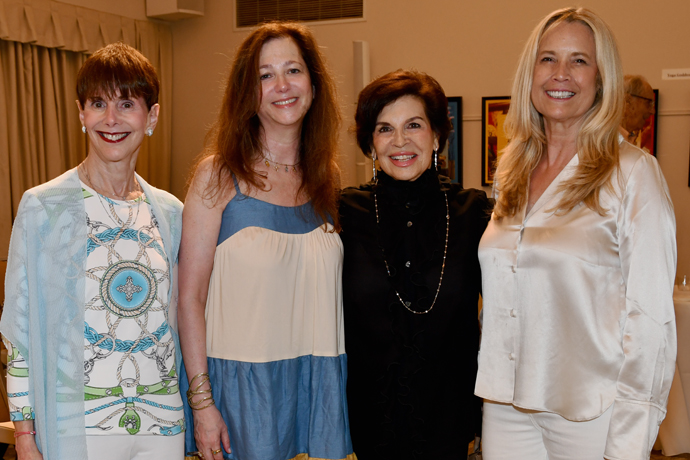 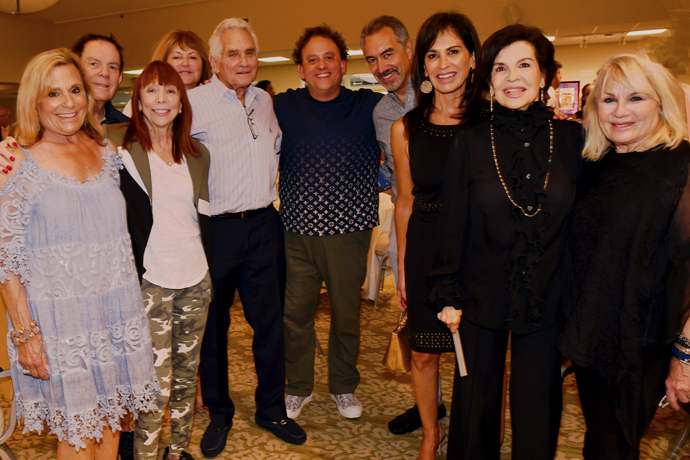 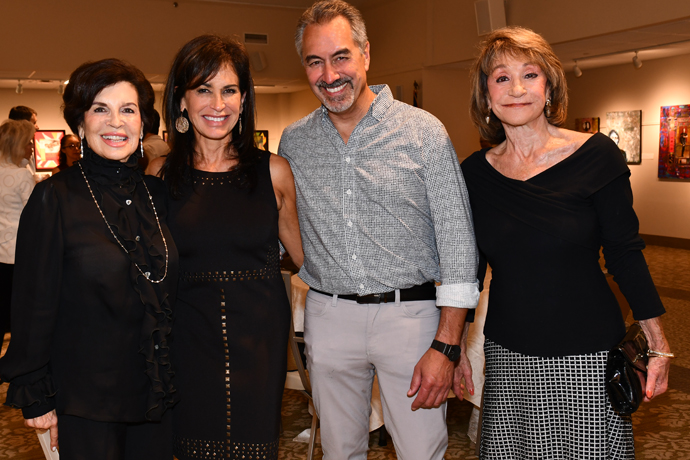